Imagine working on a presentation for a couple of weeks and it’s a great success! But, the accolades stop with your boss. Wouldn’t you feel wronged? Of course! Now imagine how you would feel if you had invested a year and didn’t get any credit for it. That is exactly the situation most video game creators find themselves in every day. And it’s not because they are lowkey and prefer to remain out of sight. It’s because the video games industry is woefully behind in awarding credit where credit is due.

Credits are at the mercy of studios or agency negotiations

Giving credit is a gray area in our industry and is dependent on each studio. Bad apples have set devastating precedents for how studios can regard workers in giving credit. This includes setting unattainable expectations for temporary workers who won’t be credited in the final launch of the game unless they are able to get their contracts extended to completion of the project. Some studios even use credits as leverage to keep talent on the game through to its launch. For example, Rockstar Games previously stated that only workers that finish games would be credited and then retracted the statement after public backlash. But, the nature of game development makes it ambiguous when someone has “earned” the right to be credited for a launched title. AAA game development often works in multi-year phases, so contract workers who engage for six months and then are let go before the project is complete, or even full-time employees may burn out mid-cycle, can potentially go totally uncredited in the final launch of a game.

It should be quite straightforward: the talent that developed music for a game should be credited for their work. Just like the credits to a movie. Some studios will give credit to their talents, but they do so in one long list without specifying the actual roles each professional performed. Search the credits for Fortnite: Battle Royale, a perfect example. Is this mere laziness or a tactic to prevent other studios from poaching their talent?

Game credits is an incredibly painful subject in the industry because of the severe inequity between studios and professionals. Especially today, with remote workers who deliver from afar, outside the clear visibility of office walls, it is even easier to exclude their names. This approach can clearly be exploited further with more teams going partial or fully remote. In an industry where specialty, portfolio and specific credentials are the key to getting your next opportunity, the broken game credits system is a career stopper.

During my time at EA, I worked closely with multiple game teams including Dice, BioWare, PopCap Studios and others, and I received dozens of credits that appeared in the games. Recently, I went looking for those credits in MobyGames, IGDB and several other data sources. To my surprise, the credit information I found was incorrect or lacking. In one data source, I only found two credits, in another 13 credits were listed, but the description of my role in some of the games was completely off. Game professionals know that the only way to prove their claim to credit — for those fortunate to get them from the studio — is to keep screenshots of the credit line. Some of the games I had worked on over a decade ago are not accessible today. Finding a screenshot is just not an option. For me, it means that I don’t have valid proof and for someone opportunistic, it means that they can claim credits that they don’t really have. There is no credible way to prove or validate credits and that reality is fueling distrust.

Leaving it up to associations? Associations’ efforts are falling short

The International Game Developers Association (IGDA) created a Game Credit Special Interest Group (SIG) and designed a credit guidelines system, indicating that any professional who worked on a game’s development for a certain period must be credited for their work. Unfortunately, enforcement of these guidelines with studios has been challenging, as less than 10% of gaming professionals are IGDA members. IGDA is not alone, Campaign to Organize Digital Employees (CODE-CWA) is another organization that tried to resolve the credits challenge and could not move the needle.

Games industry workers continue to be frustrated with these associations trying to take things into their own hands through social movements. #TranslatorInTheCredits is an example of a hashtag created to place social pressure on studios and agencies to recognize translators’ contribution. But, with limited reach and negotiation power, studios continue to have the upper hand.

Hope is in your hands, you can take control of your credits

TheXPlace is taking a different approach to work and to credits in the video games industry. Empowering talents to own their destiny, TheXPlace is building a trusted community and a platform that digitizes the individual reference network of those who can vouch for one’s work.

It starts with automation where TheXPlace harvests credit listings from all primary sources today, and then allows workers to fill in the data gaps by asking their collaborators who they’ve worked with to verify and give them credit appropriately. TheXPlace then validates the feedback and retains a record of it. Credits are the key to unlocking the next opportunity, and with that in mind, TheXPlace provides professionals with easy tools to share their credits on social networks. This approach is intended to give control back to the professionals and also set the true north for the industry regarding validation of credits which everyone can trust.

Want to claim your credit?!

We have a limited number of seats in our recently launched closed beta for top-level talent to come in and claim their work. A whole new community and a whole new way to work awaits.

If you have any questions about TheXPlace, we’d love to help. DM @TheXPlace or email us at support@thexplace.ai. 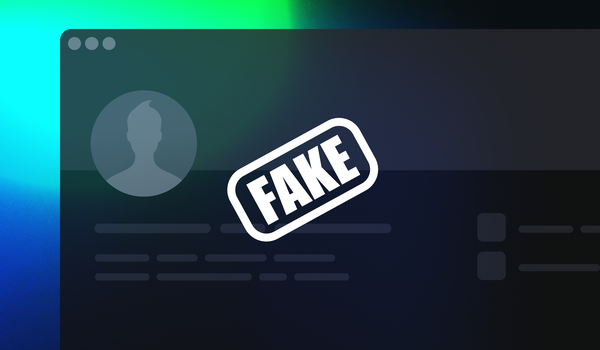 by Maya Rand, CEO TheXPlace Imagine that you are the sole proprietor and only employee of a company. You are doing your work and blissfully building your business, when one day you receive a call to provide a reference for a former employee. Baffled by this call, you do some 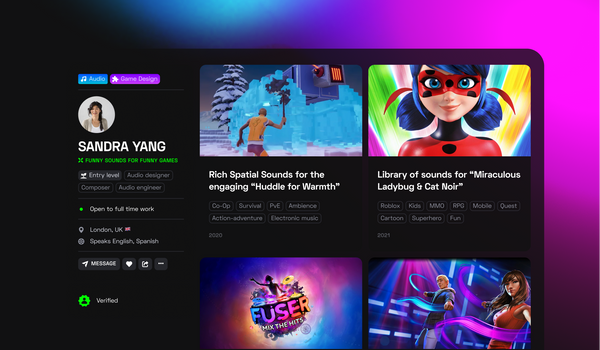